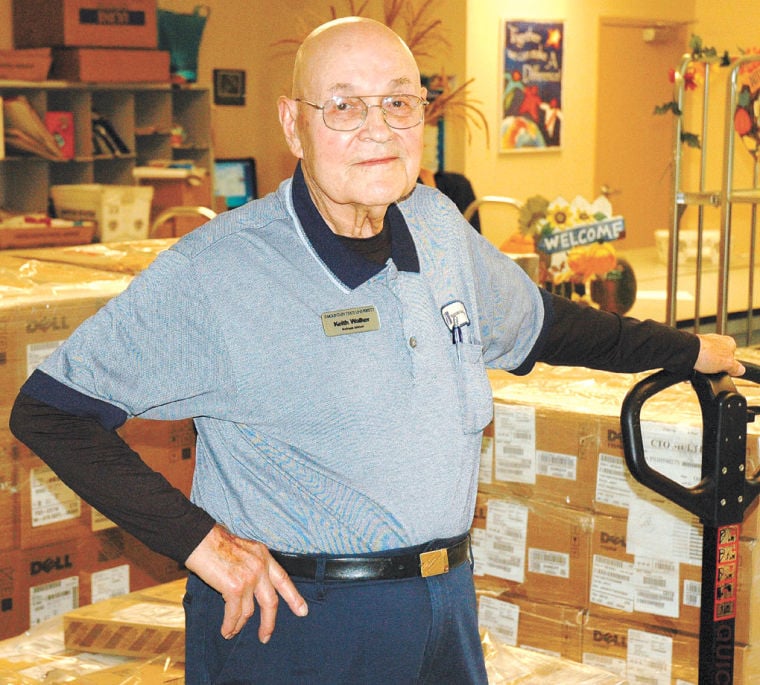 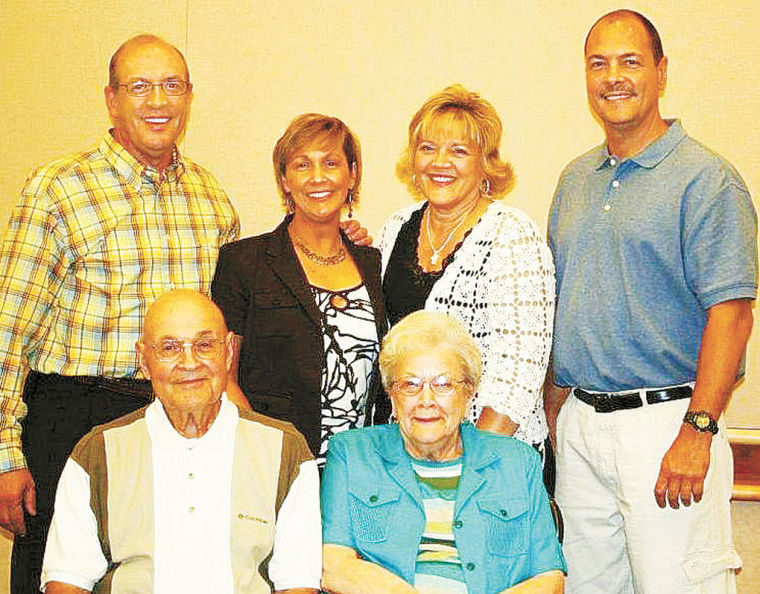 Keith Walker, former owner of the Pic Pac grocery store in Mullens, is shown with his wife, Sarah, seated, and their children, back row, son Mike, daughter Teresa, daughter Linda and son Ed.

Keith Walker, former owner of the Pic Pac grocery store in Mullens, is shown with his wife, Sarah, seated, and their children, back row, son Mike, daughter Teresa, daughter Linda and son Ed.

It is often said that the third time is the charm. At the end of November, Keith Walker will celebrate retirement for the third time. His employer, Mountain State University, will host a retirement celebration to honor this popular mail services employee. For the past five years, Walker has delivered mail on the Beckley campus each day with a warm smile on his face.

“Keith is a wonderful person. He will be greatly missed not only by our department but by the MSU family as a whole,” said Barbara Dawes, MSU’s director of purchasing. “He is always so joyful in his work and is a pleasure to be around.”

Walker, born in Benoit, Miss., had a seasoned career under his belt long before joining MSU in 2005.

At the young age of six, Keith began picking cotton after school. Upon graduating from high school in 1943, Walker joined the U.S. Navy, successfully completing boot camp and serving two years as a Naval store keeper in Pearl Harbor, Hawaii. He went on to attend Bowling Green Business College and earned a Bachelor of Science in business administration and accounting.

Walker met his bride of 62 years, Sarah, while attending a wedding in Huntington, W.Va. In 1950, he took a sales position with Proctor and Gamble that relocated the couple to Beckley. The Walkers have claimed this area as home for over 60 years.

After 25 years of service, Walker retired in 1975 from Proctor and Gamble to pursue a career in the grocery industry. The Walkers opened Pic Pac, a grocery store in Mullens. They successfully owned and operated the store from 1975 to 2005. After 30 years in the grocery business, he retired for a second time.

In June 2005, three short months into his second retirement, Walker went to work for Mountain State University. He says he has enjoyed the past five years and will miss seeing faculty, staff and students each day. “Working here has been a pleasure. Everyone has been extra nice and I have thoroughly enjoyed it.”

Keith and Sarah Walker are the proud parents of four and grandparents of nine. Older son Mike and his wife, Debbie, live in Barrington, Ill. They have two grown children, Bryant in Denver, Colo., and Sarah in Chicago, Ill.

Older daughter Linda and her husband, Toney, live in Coppell, Texas, with their three children, Morgan, Jacob and Jonathan.

Younger daughter Teresa and her husband, Gregg, live in Beckley. They have two grown sons: Michael and his wife, Jennifer, live in Morgantown and Drew and his wife, Becca, live in Richardson, Texas.

Younger son Ed and his wife, Vickie, live in Mullens with their two children, Nik and Kari.

Walker plans to spend his free time with his “wife and best friend,” working out at the gym and visiting his family members who live out-of-town. Of his life, Walker says, “I have been blessed with a wonderful wife and four lovely children. I have no complaints.”