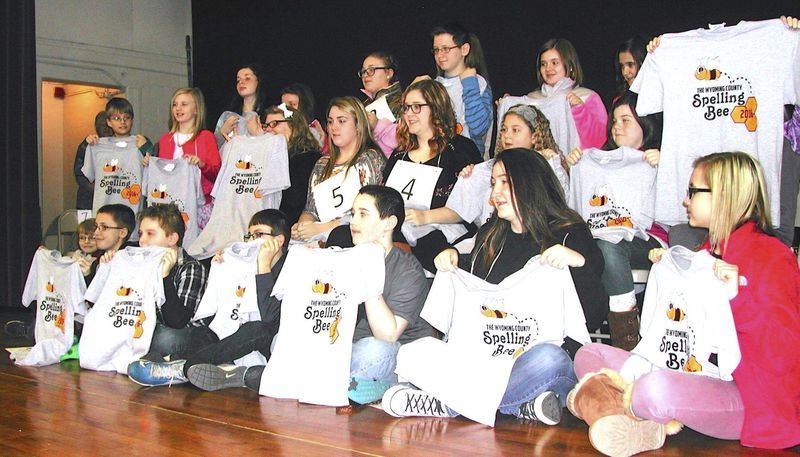 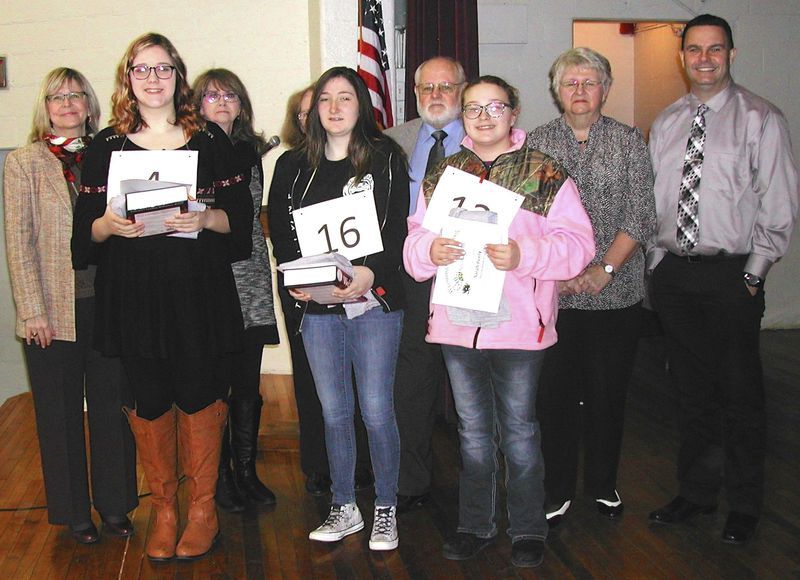 Hendricks and Chloe Hatfield, a Huff Consolidated Elementary and Middle School eighth grader, battled back and forth through five rounds.

By the fourth round of the competition, it was only the two of them left standing.

In rounds four, five and six, they both misspelled the words given to them.

In round seven, they both spelled their words correctly.

Hendricks pulled ahead in round eight, by spelling spherical correctly, while Hatfield misspelled quesadilla.

To take the championship, Hendricks then had to spell magnolia.

Both advance to the regional competition in Charleston, where they will compete as equals.

To choose the alternate, officials then took the contest back to round three, when six contestants had misspelled words.

Those six completed another round, resulting in two remaining students.

Sarah Peery, a Pineville Middle School sixth grader, won the round and will compete in the regional contest if either Hendricks or Hatfield cannot.

For the first time, participants received souvenir T-shirts. The keepsakes were provided by Duane Blankenship, a 1982 graduate of Baileysville High School, who is now CEO of Seneca Group, in Palm Beach Gardens, Fla.

Deirdre Cline, assistant superintendent of schools, extended the welcome and commended the students for the work ethic, determination and courage required to successfully participate in the competition.

Participants, in grades four through eight, included the winner and first runner-up from schools across the county. They competed as equals in the county competition.